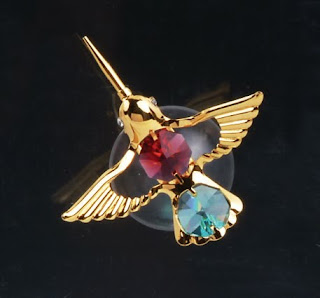 It was an afternoon in the spring of 1998 when my boss randomly said to me "You should buy a house." I was thirty years old, working as an Executive Assistant, for a software development and manufacturing company in California. My boss then gave me the name of his favorite realtor - a woman who had done many transactions for him, but whom he had never actually met. He could never have known how fateful that introduction would be.

I made the call and was very excited at the idea that there was even a remote possibility I could own my own home. I had been working and diligently contributing to my 401k for several years and now, what was once a dream was becoming more of a reality!

The realtor and I made a plan to meet and see houses in my price range on a Saturday afternoon. It was an idyllic Southern California day...not a cloud in the sky. We went through the first house, which was okay, but didn't really do anything for me. We moved on to the second house, a cute three bedroom rancher on a big corner lot with fruit trees and a small covered patio in the back. It needed a bit of TLC, but overall seemed like a great starter house. I wandered casually through the rooms, getting a feel for the place, imagining myself living there, and finally re-emerged into the living room where the realtor was patiently waiting.

The room boasted a large picture window facing the front yard. I love windows (who doesn't?) and this was a definite selling point for me. In my minds eye, I saw myself lining the window with little white lights for the holidays and maybe placing a chair in front of it to curl up in with a good book or cup of tea to enjoy the view of big old oak trees that lined the street.

As I was having my I-think-I-could-definitely-live-here moment, something caught my eye - a little rainbow on the wall across from the window...the kind made from the reflection of sun shining on a crystal. I hadn't noticed it at first, but there in that window was a small brass hummingbird with two little crystals dangling in each of its wings. It had clearly been there, suctioned onto that window, for some time, no doubt watching the world go by. I caught my breath, looked over at the woman who, in one short afternoon had become a friend, and tried to explain to her without bursting into tears, that my grandmother had the exact same hummingbird suctioned onto the bay window of her courtyard apartment for many years before she passed away in 1996.

Gram had been a mother to me for the first eight years of my life. We were very close and I had a difficult time getting over her death, which was unexpected. Even though she was gone, I would have my own little conversations with her about this or that, believing she was somewhere that she could hear me, and I would look for signs that it might actually be so. Seeing that little hummingbird in the window of the house meant only one thing to me... This was my house and Gram was telling me so!

An offer was made and accepted and, two months later, I held the keys to the little house on Orchard Drive. I was very proud... and I feel certain that Gram was too.

On the day that I moved in I noticed immediately that the hummingbird had been left behind. When my new friend/realtor came to check on me I pointed it out thinking she could make sure it got back to its owner. Now, she had tears in her eyes as she told me that she had shared my story with them and they were so moved that they decided to leave it for me. Other than the occasional dusting and polishing, the little hummingbird kept its rightful place in the picture window, and remains a symbol of the bond I will always have with my beloved Gram.

Do you have a Hummingbird Moment? I would love to hear your story!
Posted by Jen C. at 4:23 AM

Welcome To My Humble Abloge

"The days are long. The years are short." Anonymous